In clinical practice patients with balance impairments are often seen. This can have several causes, e.g. after trauma, vestibular or neurological. However there is no clear definition of human balance. Postural control is defined as the act of maintaining, achieving or restoring a state of balance during any posture or activity. Postural control strategies may be either predictive or reactive, and may involve either a fixed-support or a change-in-support response. Clinical tests of balance assess different components of balance ability (Pollock et al. 2000).
Lee et al. (2015)  have shown that neck taping can have an influence on balance similar to ankle tapes. 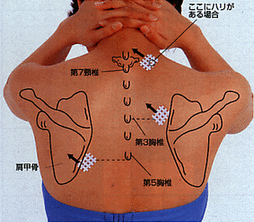 Maintaining balance and posture is influenced not only by the muscles around the ankle, but also by input from the visual senses, and vestibular system, and sensory information from the somatic senses in the neck 23. Burl et al. 24 reported that balance improves when stability was provided to the neck in a study that investigated the effect of taping the cervical spine on standing balance. Yoo 25 also reported that taping the neck positively affected posture, a result which is in agreement with our present study’s findings. Cervical spiral taping improved the stability and balance of the head and neck muscles, which improved proprioception and balance. The balance indices improved after taping interventions for the two areas. Taping fixed the joints and stimulated the proprioceptiors, eliciting the fusimotor reflex, which increased contractibility of the surrounding muscles, which improved postural balance.

These results can be taken into consideration as an addition to balance exercises. However, the sample size of this trial consisted only of 20 subjects. Furthermore, they were healthy university students, therefore this might not fit the clinical patient population and the results of this trial might not be generalizable.

Posted on March 24, 2015 by Monika in Interesting Articles Leave a comment